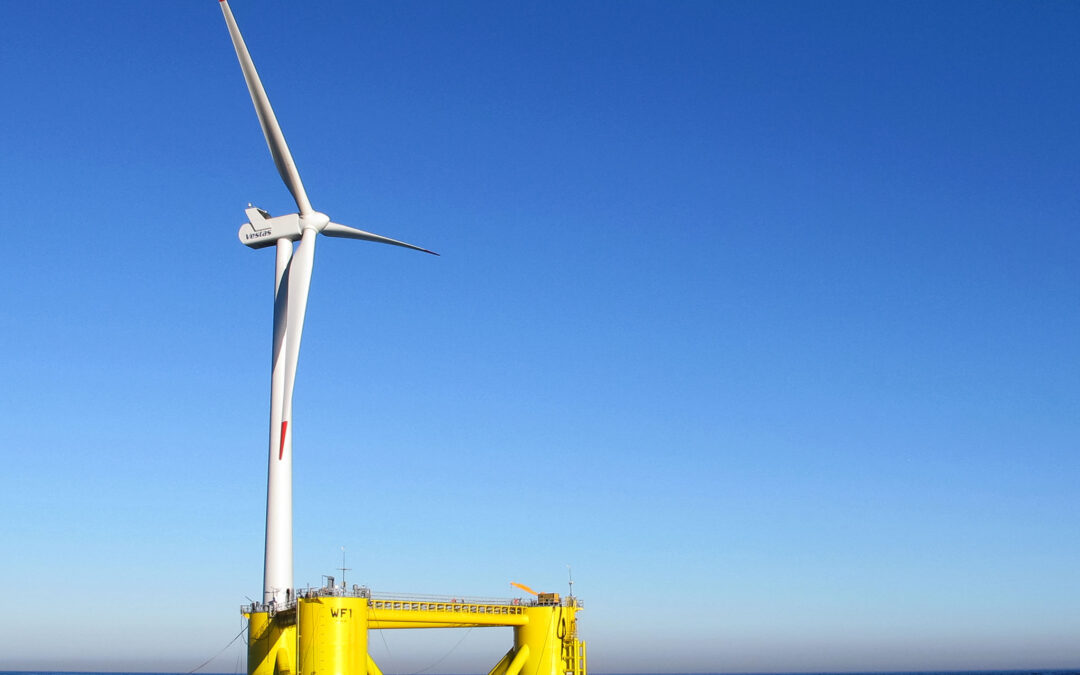 The consortium behind Pembroke Dock Marine welcome the recent news that Total, one of the world’s largest energy companies, alongside Simply Blue Energy, a pioneering Celtic Sea energy developer, have established a new partnership and will be developing floating wind projects in the Welsh waters off the Celtic Sea.

The agreement sees Total acquire an 80% stake in a joint venture named Blue Gem Wind to develop an initial 96MW project off the Pembrokeshire coast. The project, named Erebus after the famous ship built in Pembroke Dock in 1826, is believed to be the first in a series of projects planned for the Celtic Sea. The move by Total establishes real credibility in the future of marine energy in Wales.

Marine Energy Wales – alongside the Port of Milford Haven, ORE Catapult and Wave Hub Ltd who are behind the Swansea Bay City Deal project, Pembroke Dock Marine – see this move as a significant opportunity for Wales. It aligns well with Pembroke Dock Marine’s focus on creating a world-class centre for marine energy and engineering, creating jobs and more opportunities for the region’s high skill supply chain.

Martin Murphy, Chair at Marine Energy Wales, said “The move by Simply Blue Energy and Total is an important advance in the UK renewables sector and is indicative of the interest being shown by global energy giants. Floating wind energy is based upon existing technology so it has huge appeal, and the Celtic Sea has a resource that can play a significant role in meeting the UK’s Net-Zero target. The deep water has been the barrier to date, but technology advances are bringing the wind resource off the Welsh coast within reach. This emerging technology has wide potential, opening access to sites further offshore which have less impact on the landscape and coastal activity, and benefit from higher wind resources.”

Andy Jones, Chief Executive at the Port of Milford Haven, commented “As the UK’s largest energy port, we welcome the partnership between Simply Blue Energy and Total. We are delighted that Blue Gem Wind has established an office in Pembroke Dock to work with Pembrokeshire’s high-skill supply chain which is already delivering solutions in the renewables sector and is well placed to provide services to Simply Blue and Total. Pembroke Dock Marine, which is currently with UK and Welsh Government for final approval, will create the right conditions for the growth of the renewables sector in Pembrokeshire. It will also act as a catalyst for future developments and ensure we continually expand our offer to this dynamic new industry, securing jobs and long term economic growth for Pembrokeshire.”

Floating wind has made significant advances in recent years and is set to become a major contributor to global offshore wind capacity over the coming decades. Today, the UK leads the world in deployment of floating wind and has the opportunity to develop a sustainable industry supporting large-scale employment, exports and GVA. In a recent report, the Offshore Renewable Energy Catapult has advised that there could be as much as 50GW of electricity capacity available in the Celtic Sea in Irish and UK waters. It is estimated by the Catapult that the first GW in the Celtic Sea, could potentially deliver over 3,000 jobs and £682m in supply chain opportunities for Wales and Cornwall by 2030.